This entry marks day 4 and 5 - explorations of some beautiful Washington forests and coastal views. One of our team members got sick over the days prior, but seemed to kick it pretty quickly. We were all feeling pretty giddy about our adventure, even with our minor Cape Flattery mishap.

Each night prior had us getting into our AirBnBs rather late, and despite our early morning start on this leg, that result continued on into this night. Though I loved seeing the signs of fall and the approaching holiday season, I would have loved having the long days of summer––that much more time to see, explore, and drive under the sun. 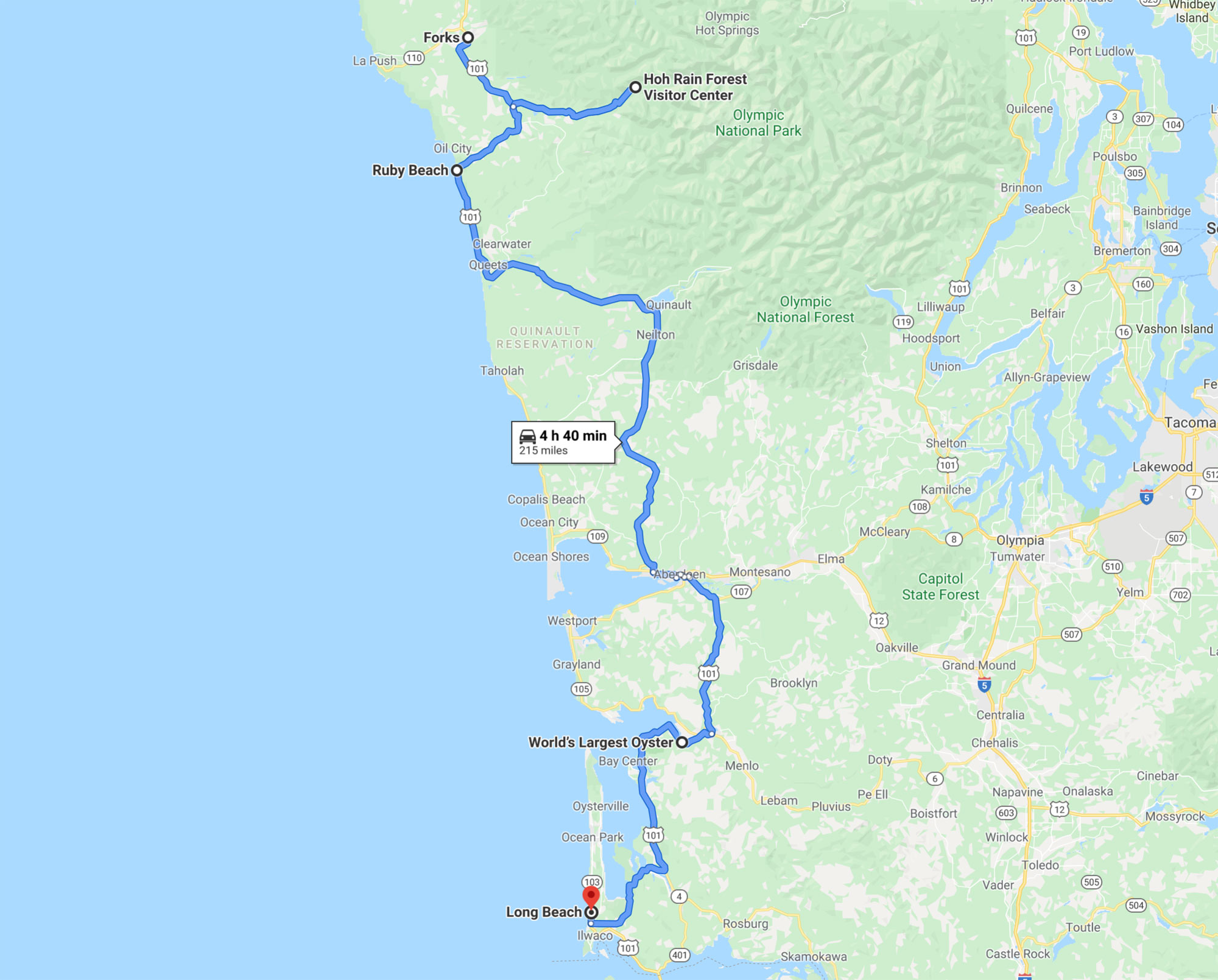 When we woke, a peak out the window revealed a land of autumn frost - the ground dusted in ice, the trees and buildings partly cloaked in a thin fog. I felt quite taken by the scene, both in its beauty and unfamiliarity. Despite my wonder, I couldn't help but think how normal this was for the Forks locals. Maybe even annoying.

After getting ready and packing up, we found the nearest espresso shack that also sold breakfast, grabbed some hot food and drinks to go, and set out to the Hoh Rainforest. Of all the places on our route, this one had been on my 'list of things to see' the longest. The drive there was like a dream––misty sun rays broke through the trees to illuminate patches of the ground where steam rose from the melting frost. These swirling displays of heat brought movement and life to the quiet stillness of the chilly, early morning.

Due to time constraints, we only had time for the shortest of the trails, the Hall of Mosses. Admittedly, my excitement was a tad dimmed in the awareness that we didn't have a lot of time here; I was already reluctant and sad knowing it would all pass too quickly. I could have stayed all day, all week, or more, with all to see and photograph. 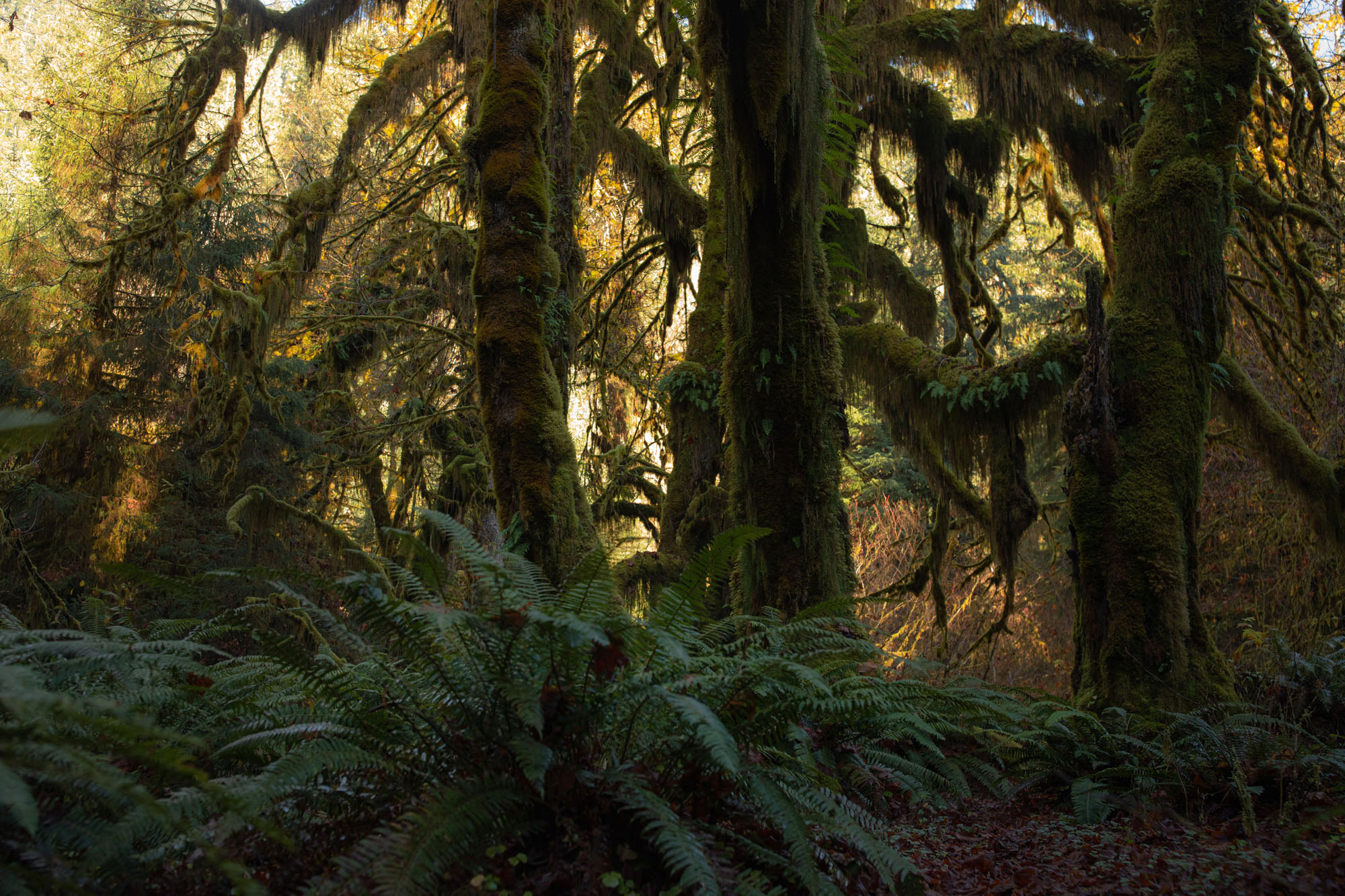 While it seemed little could follow the Hoh Rainforest in grandeur, Ruby Beach is a strong contender. Expansive, wild, and scenic, the larger stretch of the beach, being blocked off by an outlet rushing towards the sea, required a rushing water crossing. The first of us made it across in one confident leap. The other two of us made it half soggy and fully soaked, but we made it. With no one else daring to cross, we wandered about by ourselves.

When it came time to return to the car, we spent a good deal of time looking for a better point to cross the outlet, but nothing proved better than where we had come. Once more we had to make the leap, which didn't turn out as bad as before (thankfully). We changed and headed out to our AirBnB for the night (where we spent most of our evening trying to dry out our clothes and shoes). On the way in to Long Beach, we also hit up the World's Largest Oyster (though it isn't a real oyster at all but simply artwork to mark South Bend's claim to the "Oyster Capital of the World") Right next door we grabbed drinks from Elixir Coffee Shop. I loved the space, the people, and the little shop of local items and pottery. 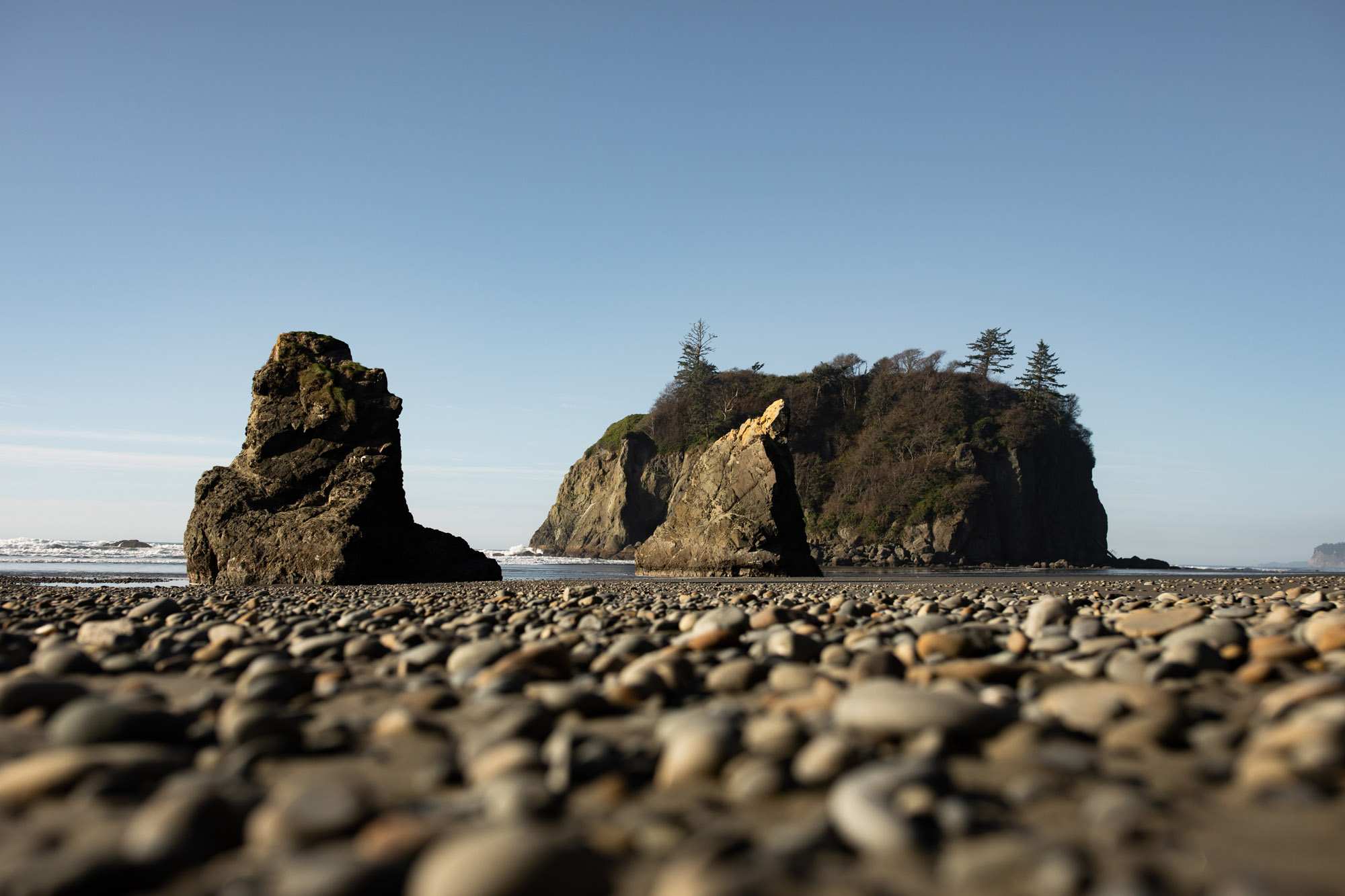 Coming from SoCal, a land with lots of people, heavy tourism, abundant signage, and a good deal of regulation, Long Beach wasn't what I expected. Simple infrastructure, a lot less signage, incredibly easy going. Though the area does seem get tourism, in this season it seemed more a land for the locals.

After breakfast and a photo by the World's Largest Frying Pan, we spotted Marsh's Free Museum and wandered in. This place was brimming with oddities and historical items. A fun spur-of-the-moment stop. After a short drive on the beach (just because you can there), we visited two lighthouses, the North Head Light and the Cape Disappointment Light. The hike to the Cape Disappointment lighthouse, in all honesty, was a bit of a disappointment. Though it's one of the first lighthouses to be built on the west coast (making it one of the oldest), today's site is a mix of the old and new, occupied by the Coast Guard. The lighthouse is surrounded by concrete and a small parking lot––the hike there is part winding trail through ferns and trees, part steep walk up a concrete driveway. It felt like a space you weren't supposed to be in, with Coast Guard members just going about their daily work. I'm used to these sort of places being closed off to the public, so it all felt rather strange.

Altogether, though, I wouldn't mind returning for the full experience (visitor centers and all) and to explore greater stretches of this little peninsula, since the views, the beaches, and the forests were all beautiful. 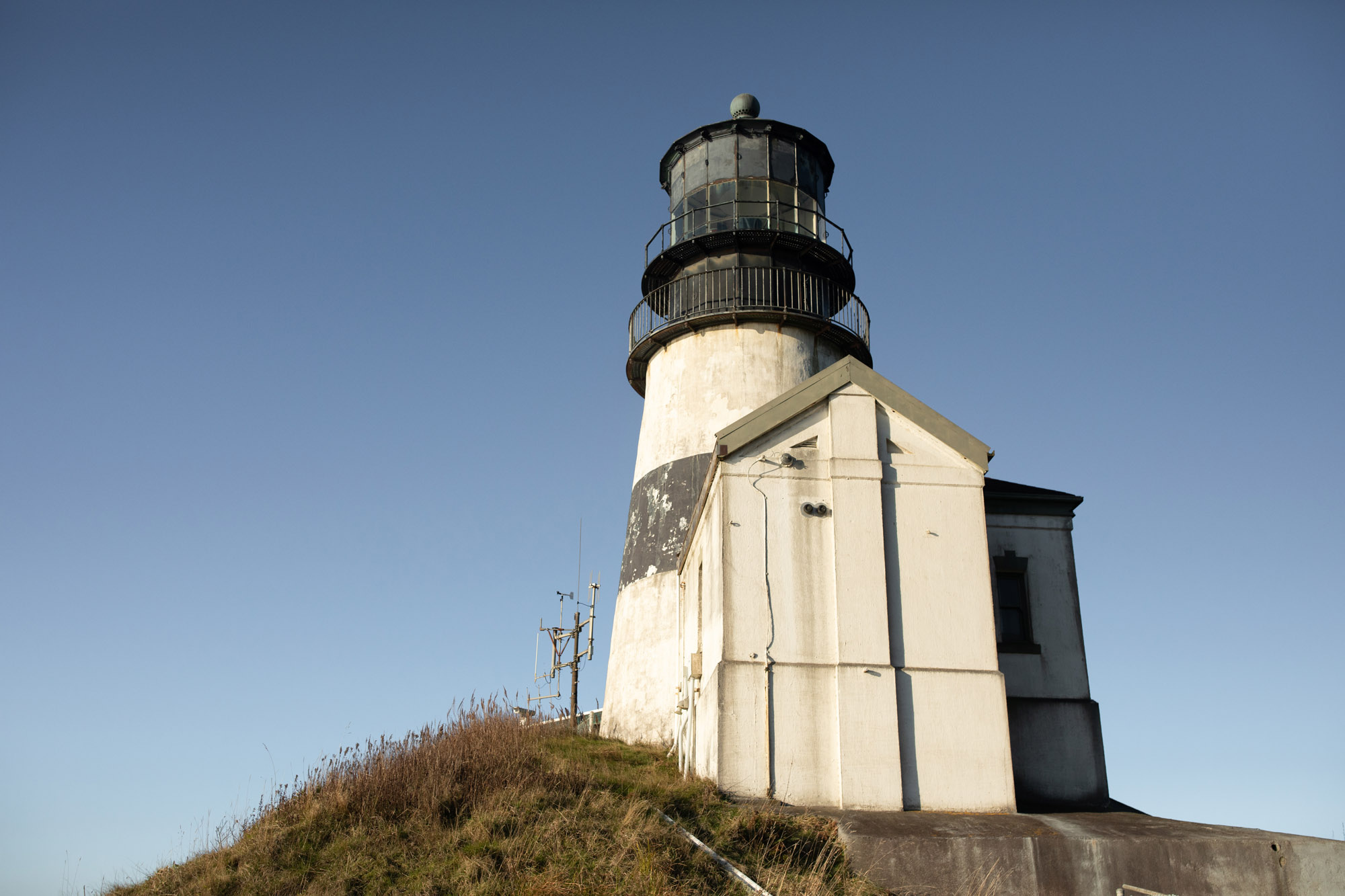